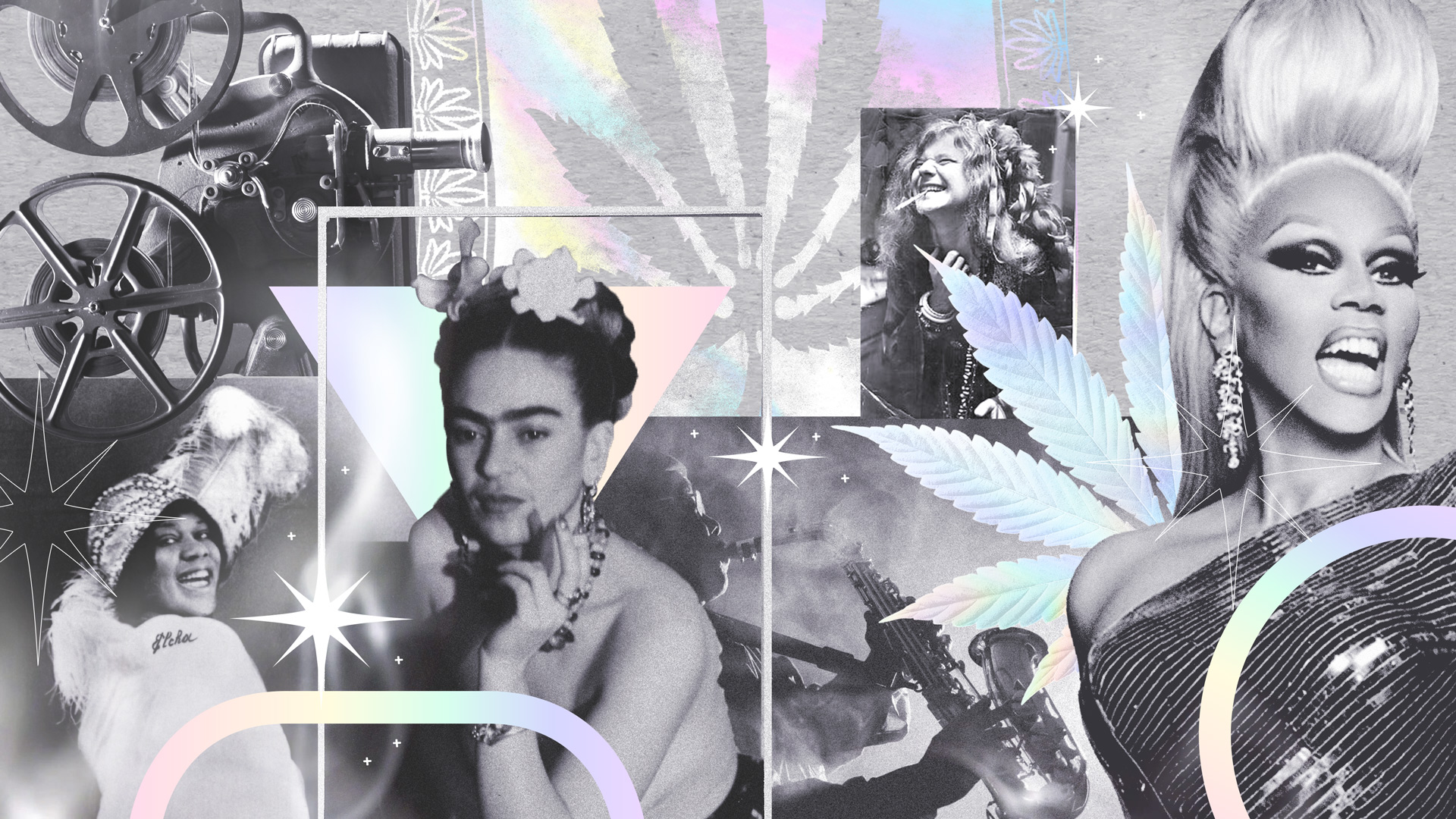 Cannabis and LGBTQIA+ culture intersect in all corners of society, from our individual social lives to our culture as a whole.

Throughout American history, and particularly during the last century, the place of cannabis and queer people in society has shifted dramatically. Through it all, the strong bond of queer culture and cannabis culture has remained.

While both cultures enjoy a good activism moment, we are also human beings who want to socialize, relax, create art, and find communities where we feel safe and seen.

For many queer people, cannabis usage fits closely to an ethos of living life separate from strict rules of society and the judgments of more conservative social norms. It’s part of not only how queer people unwind and relax, but in how we indulge, bond, and socialize with other queer people and with sexual and romantic partners.

However, the Pride-exclusive nature of many of these marketing efforts leaves much room to grow, especially when queer consumers make up such a strong market year round.

With over $5.4 trillion dollars in global purchasing power and a clear passion for cannabis, queer consumers are going to continue to grow as a priority for smart cannabis brands.

So why is cannabis so popular in queer circles?

Once upon a time, both cannabis use and queer identity were seen as immoral, outsider behavior in America. Instead of abandoning what and who they loved, many people adapted and changed the country forever.

Counterculture icons like the great beat poets of the 1950’s and the punk musicians of the 1980’s rejected traditional gender roles, sexual mores, and, of course, cannabis prohibition. As the counterculture movement grew with both LGBTQ+ people and cannabis lovers, the creative arts would play an important role in furthering the influence of queer people and cannabis enthusiasts alike.

Both cannabis and queer culture are linked to some of the most important art movements in American and global history.

Jazz, one of the most influential movements in American music, has a history that is rich with both queer artists and cannabis. Notable queer musicians like Tony Jackson, Gladys Bentley, Gertrude “Ma” Rainy, and Bessie Smith helped shape Jazz music.

Cannabis was equally influential in Jazz, so much so that joints gained both popularity and the nickname “jazz cigarettes” through their prevalence in the scene.

On the art scene, we find more connections. Frida Kahlo, one of the most influential painters of all time, was not only a bisexual woman but also used cannabis while creating her masterpieces and for her body. The prevalence of cannabis and queerness among respected artists helped bring respect to both cannabis and queer people.

The 1960s saw a rise in the rebellion and self-expression that would embolden many young queer people and cannabis enthusiasts alike.

In California, the hippie movement kickstarted many underground queer magazines and pulp novels. In New York, the influential visual arts scene featured an abundance of queer art legends like Andy Warhol and David Hockney, as well as a rich cannabis culture. Queer musicians of the 1960s, like Janis Joplin, were increasingly speaking freely about their love of cannabis. The art, fashion, sound, and style found its way into the mainstream of suburbia and made a huge impact on the artistic sensibilities of a generation.

In the 1990’s, the Club Kids scene in New York was steeped heavily in not only the groundbreaking creativity and vibrant expression of queer artists, but also the freedom of psychoactive experimentation. The scene’s celebrities, like Ru Paul, would go on to become massive cultural figures, transcending the underground scene they originated in and influencing fashion, music and television for decades to come.

Without queer artists and the carefree, creative energy that many artists find in cannabis, visual arts, music, literature and film might not be quite as vibrant or free spirited as it is today. It was through art scenes like these that queer people were able to become icons and cannabis began to be seen as a tool for creativity instead of a vice.

As we have progressed as a society, it’s (fortunately) fallen out of fashion to spend one’s time getting bent out of shape about the harmless actions of other people. In the latter half of the twentieth century, both queer life and cannabis consumption started to become less taboo.

The Hays Code, which made it illegal to show representations of queer people and of drug use in film, was repealed in the 1960s, and more queer representation made its way into the mainstream.

Young people today are more likely to support cannabis legalization and LGBTQ+ rights. This is in part because both queer people and cannabis users have been humanized in pop culture instead of made the butt of the joke.

With new freedom to break cultural norms and live in ways that work for them, cannabis has become just one more way that queer people are able to openly pursue a life that feels authentic and free.

Another reason why cannabis is so prevalent in queer culture is because many queer people find smoke sesh partners in their queer friend groups or in groups of open-minded queer allies.

This is because as queer people, both our social circles and our communal smoke circles find their roots in the very same thing: a circle of trust.

In a prohibition environment, it isn’t smart to consume cannabis with people you don’t trust. Doing so might mean exposing yourself to those who might rat you out to the authorities or otherwise disclose your stoner status in ways that might damage your public and professional standing.

Similarly, throughout history, your life could be destroyed if you were outed as gay. Throughout the 1950s and 1960s, police would raid suspected LGBTQ+ bars and establishments and publish suspected queer people’s information in newspapers.

This information could destroy families and careers and lead to isolation from one’s relatives, friends, and religious community. For many queer people in conservative areas of the United States or in more conservative countries across the world, being outed can still pose a very real threat to livelihood and physical safety.

For generations, both the cannabis and queer community have survived only on the basis of trust. For queer people, our social groups are a place where we can explore our gender presentation, express our desires and live with dignity. They are a natural safe space for enjoying cannabis without fear of judgment or punishment.

In conclusion: Yes, weed is gay.

Cannabis is core to queer culture. Its path to legalization and political acceptance mirrors ours. In health care, cannabis is an important wellness resource for queer people. Socially, cannabis has gone hand in hand with the way we create art, the way we relax, and the way we find comfort in a community of like-minded individuals.

The story of queer people and cannabis is about more than history or medicine or art or socializing. It is also a story about survival, about community and about our will to live in ways that feel authentic and true.

If you’re queer, celebrate Pride by rolling up a joint like our forefathers, foremothers, and forepeople. If you’re an ally, smoke out your queer friends. And by the power vested in me via this byline, if you’re a homophobe, I hope someone sells you some dirty ass oregano this Pride month.

C. Merten is a Chicago-based writer, creative, and cannabis enthusiast. Their passions include breakfast, 70’s music, pina coladas, and getting caught in the rain.